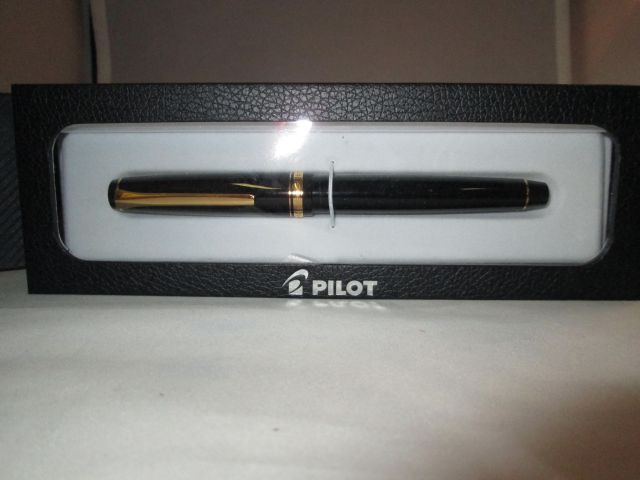 The Namiki Falcon Fountain Pen is prized for its soft, flexible nib that responds to changes in pressure as you write. It rivals the soft nibs found in some highly sought after vintage fountain pens. From the factory the Namiki Falcon is a wonderfully expressive writing tool, but it writes like a fountain pen. It would not be prized by a penman or penwoman as a tool for writing Copperplate or Spencerian Script.

But with some precise and skillful adjustment the nib of the Namiki Falcon is transformed. The point is made finer and the nib is given even more flex, enough flex that it functions more like a pointed dip pen nib. It becomes a tool for stressed scripts such as Copperplate and Spencerian. It is also great for pen-and-ink sketching.

Here is a picture of the non-adjusted nib: 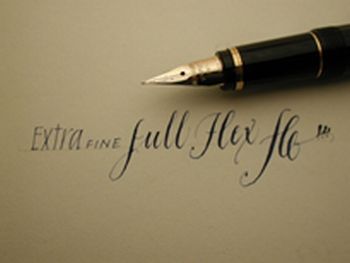