Noodler’s Standard Flex Pen. This flexible nib fountain pen produces reasonable thicks and thins from pressure. Use it for larger writing and expressive handwriting. It is not suitable for smaller Ornamental Scripts because the nib can’t produce the fine hairlines possible with dip pen pointed nibs. For a fatter barrel, purchase the FP125. Noodler’s Ahab Flex Pen. The same flex nib is used in the Standard and Ahab Fountain Pens.

This is a fun pen to write with and has an extremely flexible nib – for a fountain pen. You can easily go from thin to thick and back, but the unstressed stroke is far from a hairline. (An extremely light touch and some speed can produce a thinner line.) It would be useless for small copperplate scripts. The pen is useless for small copperplate scripts. You can produce copperplate scripts only in larger sizes. You can only produce monoline or nearly monoline writing in smaller sizes. It has potential for wedding invitation addressing where the script is more-or-less monoline perhaps with some more heavily stressed strokes (such as Spencerian). – John 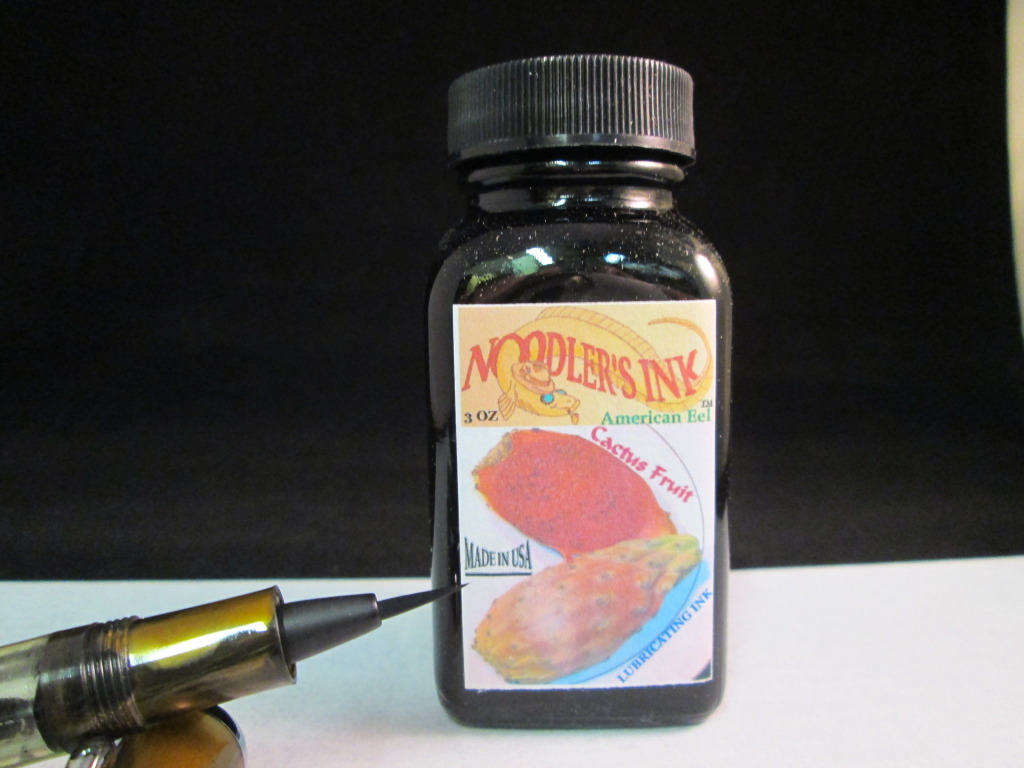 Click here to take a closer look at Noodler’s Ink